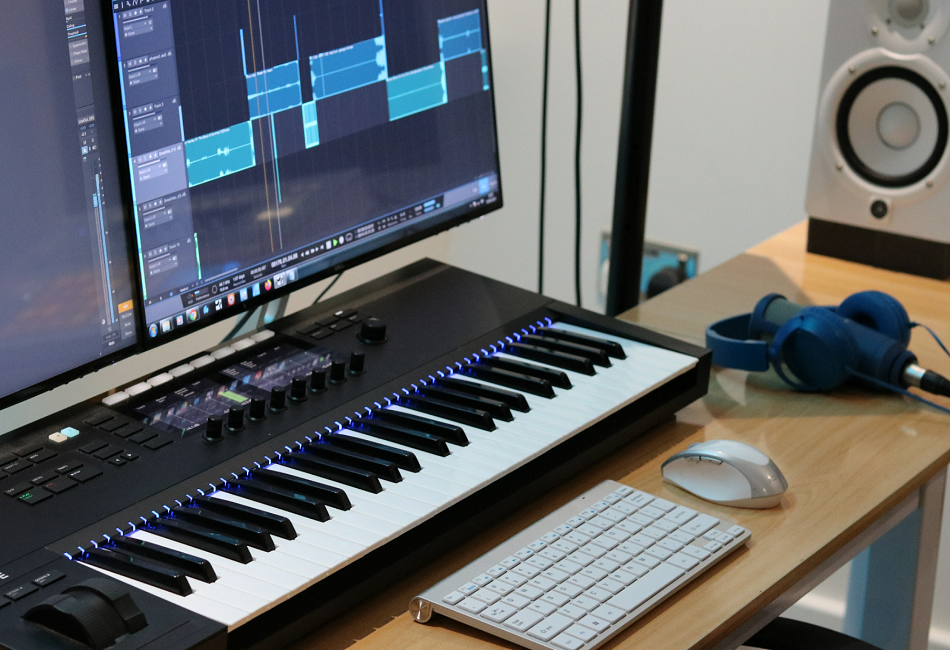 Find out about we what do and where it all started. This is the place where you find out all about Air Media. From audio production to web design and voice overs.


So then, what is Air Media?

Alistair Reeves is the founder of the radio production company Air Media which started out in early 2005. The vision is to create affordable radio imaging for internet and community radio stations worldwide. Today we continue to maintain this vision, but we also branch out into mainstream and commercial radio stations.

In a nutshell, we are a radio production company, specialising in audio content for radio station imaging and production. We create radio imaging sound effects and sweeper jingles for radio stations. We also write music for news, traffic, weather, sports productions and seasonal sound effects including Christmas and Halloween. Apart from this, we create the imaging sound FX which are widely used in radio station imaging for promos and jingles. And if that wasn’t enough Air Media provides a voice over service for TV and corporate events. All our packages are available as an instant download and at an affordable price, perfect for all station formats including internet and community radio.

“ an additional USB drive option which will be posted to you, anywhere around the world ”

We also have the radio imaging library which includes every product available within the Air Media website as part of one package. This has an additional USB drive option which will be posted to you, anywhere around the world. The USB includes extra content which is not offered to purchase on the website. Don’t forget, we have free radio imaging effects which you can download, including a variety of different sound effects, elements and work parts, news jingles and even a few voice over jingles.

I have been in the radio industry since 1992, but it all started out in the late 1980s. After the days of break dancing and graffiti along came this new sound on a pirate radio station called electronic dance music or rave. This caught my attention, it was different to the electro music I was listening to; this had energy and It grabbed my attention. The DJ would play the track and talk over it, then re-wind it and play it again. Wow! I loved it and I knew this is what I wanted to do in life.

So then, off I went to find out how to become a DJ and run a radio station. I tried to find the pirate radio stations that I had listened to, but I had no joy. Then one day my dad came across a transmitter which ran from a 9 volt battery. That was it, I was buzzing. A few days later the package arrived and I was on the radio live from my bedroom

“ I was on the radio live from my bedroom ”

The transmitter was only on about 30 minutes (if that) and there was a knock at the door. My friend Matthew had come round to see me asking the question; “is that you on the radio?” “Err, Yeah Why?” “Well, you are blocking out the station I was listening to and I heard your voice come over the top.” “Oops... Really? Wow, that’s awesome, let’s put some Prodigy on and turn it up”. It was not long after I had other people knocking at my door asking for requests. So this was the very start of what got me into the radio industry.

A few months had gone by and I was the streets biggest DJ. Everyone knew who I was and I started to become the DJ asked for at local parties and I was the weekly DJ at the roller disco. I then started to make my own radio jingles for the station but still wanted to know the secret behind making radio promos and commercials. I started off with a pen and a tape recorder back then and kept saying the same lines until I could remember it. Then one day a friend of mine asked me if I could make him an advert for a party that was happening a few weeks later. So I did this and I became a producer without even knowing it.

Later on I decided to leave the pirate scene after a tragedy occurred in the family. I found myself going backwards and forwards to the hospital almost every day and then came across this flyer in the lift. It reads: “hospital radio, you gotta be sick to listen to it!” I had no idea about hospital radio, so I called them up and started helping out in the studio. There was a TEAC reel to reel machine and cart players and this 8 channel ex-BBC mixing console. It was just like working on a real radio station. I would create the promos for my show and write the script and do all this in 1 take. Those were the day’s, not like today.

“ I became a producer without even knowing it ”

A few years later a friend of mine had gone to work for Yorkshire TV (or previously Calendar) in Leeds and he came back with an idea of setting up a community radio station in Halifax. “Yeah let’s do it” I said and then a few people sat round this table to suggest ideas for the station. In October 1996, the first ever proper radio station came to Halifax; 106.2 Spark FM with me as a breakfast presenter - what were they thinking? It was a 28 day RSL (restricted service licence) with people who loved doing this job and some great fun along the way. This soon ended and about a year later a friend of mine, Howard Priestley, called me up saying he was going to get Spark FM off the ground and call it Phoenix FM - arise from the ashes.

About 2 years later I had a record out and it was doing the rounds on BBC Radio 1 and Galaxy 105. I was invited to Galaxy 105 in Leeds so I could be interviewed about this new track I had done. I turned up and noticed how different it was from a community radio station. It was just what I had expected, glass windows, big doors and security, but what grabbed me was the telephone system lighting up like a Christmas tree when the DJ started to give my CD away. And all these people in the building, selling adverts and making radio promos, it had a real buzz to it.

“ I had this passion for radio and music production ”

At the same time I was running my 2nd pirate radio station. At this stage I wanted to know how a transmitter worked; as a result I built one. I got all the parts, found a RDS encoder and stared to build it from scratch. I was taking calls on my mobile live and broadcasting over the internet from 2001 - 2003. As 2004 came I won a DJ competition and landed a 6 month contract to go and work in Ibiza. After this was over, I came back home and thought “now what shall I do?” I had shut down my recording studio, got rid of the pirate radio station yet I still wanted to do both but had no idea what to do. I had this passion for radio and music production, but one day after coming back from Ibiza these words hit me: Air Media.

After I heard this I knew what it was, and what I needed to do. So I said to myself, I will build a website, I will not take out a loan, no credit cards and my audio productions would be bought all over the world... Little did I know about the words I had spoken.

“ but one day after coming back from Ibiza these words hit me: Air Media ”

So, after 10 years of producing imaging effects and news beds, Air Media is still ongoing and getting stronger every day. Today I currently work at a radio station in Dewsbury called Branch FM where I produce the radio promos and maintain the studio equipment and ensure the internet stream is always online.

Well I do not have a crystal ball, but where I see Air Media going is a lot further than where I am now. Air Media will become a big player in the industry by the time I have finished. I am always listening to radio and TV to get fresh ideas. I am currently building my new digital studio which will have the right equipment and software to create ground-breaking radio productions.

I have the goal of improving my music writing skills in order to create cutting edge imaging sound effects, produce sung radio jingles personalised for your radio station and create bespoke voice overs with a quick turnaround. I also aim to create a syndicate radio show which will be available to download later this year; this new 2-hour radio programme will feature 3 decades of dance music.

Air Media will continue to create new packages to be released every month and increase the number of packages available within the radio imaging library; including creating additional content for the USB version and better quality free imaging effects. And through it all, we will continue to help you brand your radio station, with good quality products at an affordable price.

Don't want to read? Why not have a listen